Education & Background Scott Brook obtained his undergraduate degree from Tulane University in 1985, where he majored in Psychology and minored in Spanish. He stayed at Tulane to obtain his Master’s in Business Administration, where he was selected for a two-year fellowship. Upon graduation from Tulane’s Business School, Mr. Brook lectured nationally for Business Week Careers Magazine as a motivational speaker at colleges and universities. After working for two major law firms in New York City, Mr. Brook graduated from the University of Miami School of Law in 1992 and immediately began doing Workers’ Compensation litigation for the firm of Conroy, Simberg and Lewis. In March 2000, Mr. Brook opened his own practice to better serve clients in the South Florida tri-county area, focused on the areas of Workers’ Compensation and Family Law, has offices in Broward and Miam-Dade Counties. As a member of the Florida Bar, Mr. Scott Brook has practiced successfully before the Florida Supreme Court, the First District Court of Appeal, the Judges of Compensation Claims of the Tri-County area, Collier County and Orange County as well as the Dade, Broward and Palm Beach Family and State Courts. He is a member of the Florida Bar, the Broward County Bar Association, and the Family Law section of the Florida Bar. 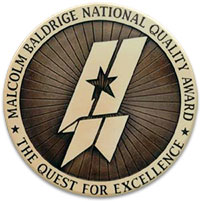 2010. In 2007, during his Mayoral term, Mr. Brook was instrumental in earning the City of Coral Springs, the Malcolm Baldrige National Quality Award. He serves as founder and Chairman of the Coral Springs Customer Involved Government Committee, Parent Education Committee and is a member of the Financial Advisory Committee. He works as a motivational speaker for youth and various charities throughout Broward County. Mr. Brook is very active in numerous civic activities, including mentoring for Take Stock in Children in the Tri-County area, the Leukemia and Lymphoma Society of South Florida and the Coral Springs Community Chest. Mr. Brook is Chair of the Broward County Planning Commission and was appointed to the Council for Youth, Education and Families for the National League of Cities. In February 2003, he was elected as an alternate on the Board of the Broward League of Cities. On December 13, 2010, Governor Charlie Crist Reappointed Scott Brook to the Florida Regional Planning Council, Region 11 for a term ending October 1, 2012.

Entrepreneur In March 2003, Scott Brook founded Premier Networking Alliance, a business referral and community service organization dedicated to helping market businesses and serve communities raising money for various charitable organizations. In 2007, Marquis Who’s Who has selected Mr. Brook for the 25th Silver Edition of Who’s Who in the World. He is also listed in the 2001-2003 editions of Strathmore’s Who’s Who, Contemporary Who’s Who 2003, Contemporary Who’s Who of Professionals 2004/2005, Who’s Who in American Law 2003-2004, 35th Edition of Who’s Who in Finance and Business and America’s Registry of Outstanding Professionals and Who’s Who in Finance and Business 2006-2007. Mr. Brook was nominated by the Governing Board of Editors of the American Biographical Institute for the Man of the Year 2003 and 2005 award, American Medal of Honor 2004 award, International Legal Professional of the Year for 2003, 2000 Outstanding Intellectuals of the 21st Century, International Biographical Center Top 100 Communicators of 2006, was selected by National Register’s Who’s Who in Executives and Professionals and awarded the International Order of Merit by the International Biographical Center.

Personal & Family Mr. Brook is married to Brenda and has five children: Patrick, Tina, Mathew, A.J. and Samantha. Scott Has Coached Soccer and his son AJ for years